Description
A story of a boy and his dog in the Texas hill country ranks high in the annals of boy and dogdom. Gipson, in earlier books, has evinced an evocative quality which recaptures for the reader the sounds, the smells, the sights of the region he knows and loves, recaptures too the emotional quality, the moods of his central figure. This was particularly true in Hound-Dog Man, which for some readers was marred by the vernacular. In Old Yeller the story is told as a boy might share his own experience of growing up -- the dialect is no more insistent-possibly less so- than in The Yearling. Travis is thirteen when his father goes off on the long cattle trail to Abilene, leaving him as man of the house. There were the hogs who ran wild and some of the most exciting parts of the story tell of the roping and branding of the young. There were the cattle that had to be gentled for milking. There was a constant battle against skunks and coons in the corn patch and the melons. There was a small brother, violent in protest against Travis as disciplinarian. And -- a fairly shadowy figure- there was his mother, taking her share and more, in the struggle for existence. But most important there was Old Yeller, a big ugly yellow cur, whom Travis hated at the start and grew to love and trust and depend on, up to the tragic and dramatic end. A moving segment of early frontier America.
Also in This Series

Note! Citation formats are based on standards as of July 2010. Citations contain only title, author, edition, publisher, and year published. Citations should be used as a guideline and should be double checked for accuracy.
Staff View
Grouped Work ID:
3a293c6a-d1de-a9a4-dcc0-465c9215220b
Go To GroupedWork 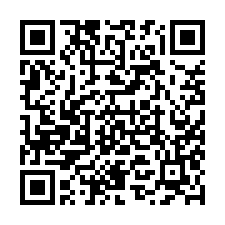