Shadow warrior: a novel of the Old West
(Book)

Description
Doc, a young scout and hunter, gets separated from his wagon train when he encounters a band of Llanero Apache warriors, with fatal results for two young warriors. The Apaches, in search of glory and revenge, begin the hunt for the white man they come to call "Shadow," but Shadow is a capable enemy and he quickly turns the tables, with the hunters becoming the hunted, too. The struggle becomes a three-way test of wits and wills among Doc and Gunsi, brutal and cunning, who leads by intimidation, and Toh-Yah, a wiser, more strategic thinker, who leads by example -- the two would-be chiefs of the Apache band, each of whom has buried a younger brother lost to Shadow. Shadow Warrior is, in addition to a thrilling action epic, an engrossing character study, with the white man and the Apache treated sympathetically. The tension builds as the respect of Shadow for Apache, Toh-Yah for Shadow, and even -- grudgingly, and too late -- Gunsi for Shadow, grows.
Also in This Series

Note! Citation formats are based on standards as of July 2010. Citations contain only title, author, edition, publisher, and year published. Citations should be used as a guideline and should be double checked for accuracy.
Staff View
Grouped Work ID:
61e4053c-66d5-7a0f-4134-c287fcfdf7ba
Go To GroupedWork 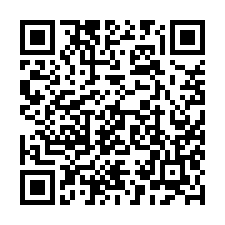