Description
In 1992, Jameson Parker, the former star ofSimon & Simon, was shot and almost killed while living in Los Angeles. The incident drove him into a ten-year struggle with the psychological aftereffects of trauma. It also drove him and his wife into the California mountains, where he stumbled into a world of unruly cattle, uncertain horses, the timeless routines of ranch life, and the solace of the land. An Accidental Cowboyis the story of what it's like to have one's life go spinning out of control and how it is possible to pick up the pieces and begin again in an entirely different sphere. With stunning, crisp writing, remarkable detail, and a flair for description, it's a captivating story of loss, depression, and the beginnings of hope set against the backdrop of the American Southwest.
Also in This Series

Note! Citation formats are based on standards as of July 2010. Citations contain only title, author, edition, publisher, and year published. Citations should be used as a guideline and should be double checked for accuracy.
Staff View
Grouped Work ID:
8dd86d34-fc7f-7a7b-d2af-9550b77c0351
Go To GroupedWork 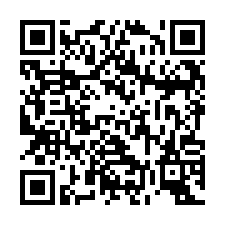