Out of the night that covers me

Description
An orphaned white boy and an eccentric black man forge an unlikely friendship in the segregated world of 1950s Alabama. The boy, John, whose beloved mother has died, now faces a loveless future with his alcoholic uncle on a sharecroppers farm in the Alabama Black Beltan abusive life he soon dreams of escaping. The black man, Tuway, works by day in the town bank. By night, he helps other blacks escape the poverty of the rural South to find a new life in Chicago. As he negotiates the schism between black and white cultures, Tuway is forced to include a desperate John into his double life. In a bid to change their livesand help others in needTuway and John take on the threats and challenges that foreshadow the great Civil Rights upheaval of the 1960s. My Last Days as Roy Rogers (Warner 1/99), Pat Cunningham Devotos critically acclaimed hardcover debut, won widespread praise in publications, including Booklist, Denver Post, Kirkus Reviews, and Library Journal among others.
Also in This Series 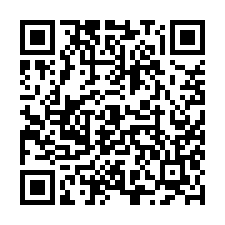