The magician's wife: A novel

Description
The restless wife of an illusionist becomes embroiled in a North African holy war in this "tour de force" of historical fiction ( The New York Times ). Early in her marriage to renowned prestidigitator Henri Lambert, Emmeline had exulted in his fame, the foreign tours, and the command performances of his "Magical Evenings." Now, Henri's given it all up to pursue a quiet life in their remote country manor, but restless, devoted Emmeline longs to see her husband return to his former glory. It all changes again when, in service to their country, Henri and Emmeline are invited to spend seven days at Compiègne as guests of Napoléon III. The emperor wants Henri to work his magic on a charismatic Algerian marabout who's influencing his followers to overthrow the French in a holy war. For Henri, convincing a man of where his allegiance should lie will be the performance of a lifetime. But for Emmeline, ushered from the lavish royal courts to the barren Sahara, it will prove to be an illuminating journey that will challenge her views on God and faith, open her eyes to her husband's weaknesses, and expose the treachery of her own country. "Flashing his own sleight of hand, [Moore] transforms a historical fact into a story both true to its time and relevant to the present day." — The New York Times
Also in This Series 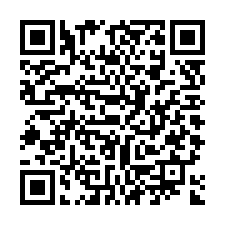