Description
The "triple crown" for today's father includes success at work, intimacy with family, and time for friends. Not unlike the false promise of "having it all" that women faced in the 1970s, this goal is nearly impossible to achieve. The pain of "never getting it right" can be felt across the nation. Others have described the malaise, but until now, no one has described this revolution or pointed to the light at the end of the tunnel. Journalist and feminist Suzanne Braun Levine, a founding editor of Ms. magazine, has interviewed scores of men and learned about the difficulties fathers face in parenting. Since men don't tend to use each other as sounding boards, Levine does it for them. Taking a lesson from the women's movement, she puts her finger on what makes it so hard for men to put family first. Readers will turn to Father Courage to discover what men are experiencing. At home, their parenting learning curve is steep, and moms don't want to give up the role of the General. Theworkplace is much less family-friendly to men, and the 24/7 life of corporate America takes its toll. Levine shows that fathers and mothers aren't crazy, but stressed, and she offers solutions that range from the commonsense to the revolutionary. This is a brilliant and bracing new look at what is right-and wrong-in American family life.
Also in This Series 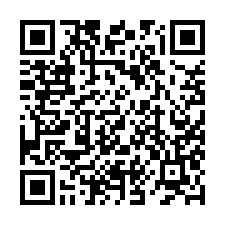