Rounding the Horn: being a story of williwaws and windjammers, Drake, Darwin, murdered missionaries and naked natives--a deck's eye view of Cape Horn

Description
Fifty-five degrees 59 minutes South by 67 degrees 16 minutes West: Cape Horn'a buttressed pyramid of crumbly rock situated at the very bottom of South America'is a place of forlorn and foreboding beauty that has captured the dark imaginations of explorers and writers from Francis Drake to Joseph Conrad. For centuries, the small stretch of water between Cape Horn and the Antarctic Peninsula was the only gateway between the Atlantic and Pacific oceans. It's a place where the storms are bigger, the winds stronger, and the seas rougher than anywhere else on earth. Dallas Murphy has always been sea-struck. In Rounding the Horn he undertakes the ultimate maritime rite of passage, and brings the reader along for a thrilling, exuberant tour. Weaving together stories of his own nautical adventures with long-lost tales of those who braved the Cape before him'from Spanish missionaries to Captain Cook'and interspersing them with breathtaking descriptions of the surrounding wilderness, Murphy has crafted an immensely enjoyable read.
Also in This Series 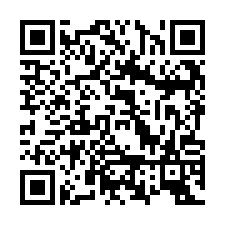