Clash of the carriers »

Clash of the carriers: The true story of the marianas turkey shoot of world war ii

Description
From the national bestselling coauthor of Dragon's Jaw , here is the incredible true story of the most spectacular aircraft carrier battle in history, World War II's Great Marianas Turkey Shoot. "Superb... the greatest naval air battle of all time finally receives the meticulous and comprehensive treatment it deserves."—Richard Frank, author of Tower of Skulls In June, 1944, American and Japanese carrier fleets made their way toward one another in the Philippine Sea. Their common objective: the strategically vital Marianas Islands. During two days of brutal combat, the American and Japanese carriers dueled, launching wave after wave of fighters and bombers against one another. By day and night, hundreds of planes filled the skies. When it was over, the men of the American Fifth Fleet had claimed more than four hundred aerial combat victories, and three Japanese carriers lay on the bottom of the Pacific Ocean. Here is the true account of those great and terrible days—by those who were there, in the thick of the Battle of the Philippine Sea. Drawing upon numerous interviews with American and Japanese veterans as well as official sources, Clash of the Carriers is an unforgettable testimonial to the bravery of those who fought and those who died in a battle that will never be forgotten. "In his inimitable style, naval aviation's most prolific historian comes through with a much-needed, comprehensive documentary on the greatest aircraft carrier battle of all time."—Cdr. Alexander Vraciu, USN (Ret) Fighting Squadron 16, 1944
Also in This Series 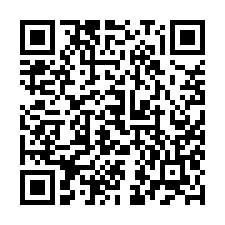