All we know of love »

All we know of love

Description
A moving first novel that sets the burgeoning creative and romantic life of a young woman against the backdrop of the art and history of Florence Jo Shepherd grew up in the Pacific Northwest under the loving care of her grandfather, Frank. After spending months nursing him through his final painful illness, Jo receives a glorious vision of the Virgin Mary, who tells her to head to Italy to live out her dream of becoming an artist. In doing so Jo must leave behind her childhood sweetheart, Jack, facing the prospect of losing him forever.         In Florence, Jo's intense artistic visions begin to find fruition, but her magical odyssey is complicated when she meets two extraordinary young American men, Chad and Walter. By day, Jo paints--women in a marketplace, a street musician near the Duomo, the view of the Arno from the Piazzale Michelangelo. By night, she sketches in a tavern, while Chad and Walter vie for her attention and pay for her meals. As the lives of these three friends become more deeply entwined, the revelation of painful secrets threatens to destroy their delicate balance. In one heart-wrenching scene, one of Jo's paintings is badly damaged, and the ensuing heartbreak causes her to flee Stateside. In New York City, and eventually back in the Pacific Northwest, Jo begins to face up to the legacy of her time in Italy, and to her future with or without Jack.         All We Know of Love deftly blends themes of female spirituality, creat- ivity, and romantic awakening. Along the way there is love left behind and love regained; a bloody fight and a ruined painting; miraculous visions and a child lost. Alternately lyrical, engaging, and funny, this is a remarkable achievement by an evocative new voice in women's fiction.
Also in This Series 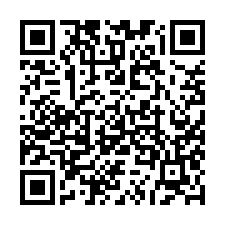