Description
"Easily the most brilliant fiction I've seen this year — it proves the potential brilliance of the novel form." — John Fowles, author of The Magus Observatory Mansions, once the Orme family's magnificent ancestral home set on beautiful grounds, is now a crumbling apartment block stranded on a traffic island, peopled with eccentrics. Thirty-seven-year-old Francis Orme lives in Observatory Mansions with his peculiar parents and a collection of misfits. By day he is a street performer, earning money as "a statue of whiteness" in the park, wearing white gloves to ensure that his skin never touches anything. He steals items for his museum of significant objects (996 in all), not for their monetary value but because they have been loved, often bringing grief to their erstwhile owners. His bedridden mother, Alice, who has created for herself an alternative time frame called "fiction," and his father, Francis, are among the occupants set apart from the rest of the busy city by their histories, their memories, and their relationships with the other seven inhabitants of the flats. Each of the house dwellers has his or her own story, as seen through Francis's eyes, and the careful routine and harmony of the house are shaken when along comes a new resident, the half-blind, vulnerable Anna Tap. She is sympathetic and resourceful, and slowly the desperately lonely residents begin to open up their long-closed hearts. As the delicate balance of Observatory Mansions begins to shift, Francis finds himself having to protect the secrets of his past and the sanctity of his collection, while growing emotionally closer to Anna. Hailed as no less than a tour de force, Observatory Mansions is a debut novel of immense originality—a strangely haunting landscape occupied by compelling and unforgettable characters.
Also in This Series 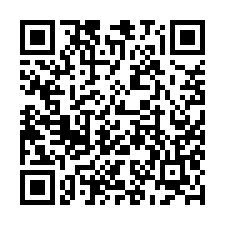