Description
The majestically shifting Minnesota weather that dominated Steve Thayer's acclaimed novel The Weatherman swirls eerily through his second equally sophisticated thriller. March first finds Rick Beanblossom, hero of The Weatherman, now St. Paul's top investigative reporter, looking out on the icy, brooding night city. Rick, known as the man without a face--a face he lost to napalm while saving lives in Vietnam--is now married to beautiful anchor Andrea Labore, queen of Sky High News, and father of an infant boy. On Beanblossom's desk tonight lies a strange piece of anonymous mail, a memento of another March first--the date, in 1932, of the famous Lindbergh baby kidnapping.But this night, at the height of a savage blizzard, Rick's own beloved child will be snatched from his nursery, with his mother only a room away. All Beanblossom's newspaperman instincts tell him the secret of his son's disappearance lies in his past--and so he begins a war on two fronts: to track every lead in the present while he delves into the tortured Lindbergh history and the history of another hard-boiled St. Paul reporter, Grover Mudd for a clue--any clue--that could bring his son back. His investigation, racing through snow against time makes Silent Snow a brilliant new blend of history and fiction for readers of Caleb Carr's The Alienist and Robert Harris's Fatherland.
Also in This Series 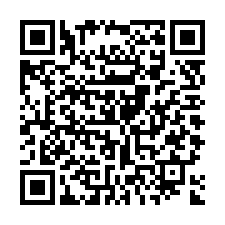