A river out of Eden »

A river out of Eden: a novel

Description
Straight from today's headlines, a gripping thriller set amid the cultural and environmental wars rocking the Pacific Northwest byDatelinecorrespondent and bestselling author John Hockenberry. Francine Smoholla occupies a precarious position. As a U.S. government marine biologist, she is fighting to save salmon threatened by the dams that supply Washington's hydroelectric power. But as a Chinook Indian, she finds herself torn between the colliding forces of technology and environmentalism. She has seen the catastrophic effects the dams have on her tribe's ancestral lands, livelihood, and traditional ways of life. When power company workers and forest service employees start turning up dead with elaborate native harpoons in their backs, suspicion quickly falls on the Chinook. Wondering just how far her tribe will go to protect their community, Francine quietly begins her own investigation. As the death count rises, a right-wing extremist rides the wave of resulting violence to further his own twisted agenda. His son Duke is caught up in his plans but harbors a secret admiration for the Chinook and their traditions, an admiration that blossoms into something much deeper when he meets Francine. As heavy rains threaten the strength of the dams and old hatreds reignite, a long foretold Indian prophecy of apocalypse looms ever closer.
Also in This Series 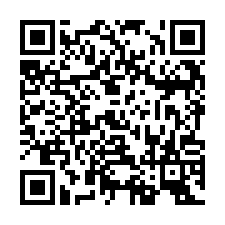