I don't want to go to jail

Description
Returning to territory that made him a best-selling author, Jimmy Breslin gives us a brilliant, comic novel about the downfall of the modern Mob. At the center of this book are three men named Dellacava. The first is Fausti "The FisT" Dellacava, the most powerful & feared of all Mafia bosses, whose very name his associates are forbidden to utter unless they prefer to die. For years, the Cave was the most famous actor in New York, shuffling around the city in pajamas & bathrobe, taking Thorazine, & mumbling & drooling in a vain attempt to be declared mentally incompetent to stand trial for his many serious crimes. The second is his brother, the priest Father Phil Dellacava, who has had three ambitions in life. The first was to make Bishop, which was thwarted by a double crossing churchman. The second was to be a big time politician, which was thwarted by the Pope who decreed that priests couldn't hold public office. And the third was to step into his brother's shoes. The last Dellacava is the Cave's nephew Fausti, who only wants to eat well, convince a skeptical world that he deserves a legitimate job, & marry his demanding girl friend Concetta. It is the innocent Vinnie who inadvertently sets in motion the downfall of his uncle. Mixing fact & fancy as only Jimmy Breslin can, this is a vintage performance from one of our most celebrated writers who clearly shows he hasn't lost his chops.
Also in This Series 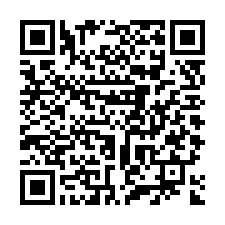