Madeleine's ghost: a novel of New York, New Orleans, and the next world

Description
Ned Conti is a young historian struggling to piece together the miraculous past of a Brooklyn nun for a tiny stipend, while, at night, he grapples with the paranormal phenomena that have recently seized his rent-controlled apartment: furniture set askew, strange light haunting the bedroom, rocks appearing mysteriously in midair to pummel the floor. His only refuge is the F train and its connection to long Manhattan nights in East Village bars that he visits with his forlorn and eccentric friends. As the summer grows hotter and his apartment more threatening, a baffled but tolerant Ned sets out to uncover the secret behind the angry spirit and, in so doing, is drawn irretrievably into a world of desire and fate...where all around him lingers the dark dream of New Orleans, a place of magical disaster. Ten years before, he fled the Crescent City, never to return, when Antoinette, his true love, ended their brief but urgent affair. Now he's going back, returning to the past that has haunted him for a decade. In that city of sleepless energy and seething passion, he will encounter the world that connects his own to the next: where a restless ghost yearns for the touch that will set her free; where a saint seeks to correct her one mistake; and where disconnected souls long to be reunited. In the past, Ned will find his future. his destiny. Beautifully detailed and startlingly original, Madeleine's Ghost is written with contemporary sensibility and classic style, remarkable for its breadth and depth. This is an astonishing tale of past lives and lost loves, of history and hope, that establishes Robert Girardi as a wonderfully gifted novelist.
Also in This Series 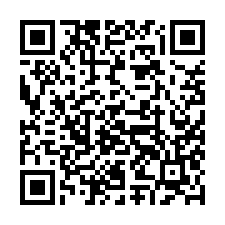