Description
With the spellbinding suspense he brought to such critical triumphs asWednesday's Child and Final Account, award-winning author PeterRobinson, noted as "one of the most underrated writers of British mystery today"(Booklist), puts Detective Chief Inspector Alan Banks onto a crime that hasthrown a small town into upheaval, revealing lies and secrets that have nowhere to hide. He had seen crimes just as brutal in London, but somehow the murder of a teenagedgirl seemed more shocking to Detective Chief Inspector Banks in the small village ofEastvale. Deborah Harrison was found in the churchyard behind St. Mary's, strangled withthe strap of her school satchel. But Deborah was no typical teenager. Her father was a powerful microelectronicsfinancier who ran the in the highest echelons of industry, defense, and classifiedinformation. And Deborah, it seemed, enjoyed keeping secrets of her own, taunting herfriends with teasing smiles that said I know something you don't . . . a harmlessgame among school chums, but positively deadly in the company of a killer.
Also in This Series 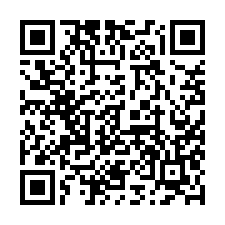