I had already been pounding pavement for twenty-four years when I made the decision to run my first marathon. Growing up in the late sixties when women's sports was called cheerleading, I had no formal training in running techniques. I just ran, pure and simple. I ran for the joy of it, the thrill of it, the escape of it. During college, I played lacrosse because there wasn't a women's track team and it seemed like the next best thing to do. But I still remained faithful to my daily run. I ran through the bitter-cold winters of Michigan during graduate school, through two pregnancies and countless other miles that seem to blend into one long life's run.

I don't know when I made the transformation from running as a sport to running as part of my life. I can't separate the two. When I run, my mind and body fuse together, creating an energy source that empowers me. It is my private time, my therapy, my religion. Ultimately I had to test myself, to see just how far I could go. I wanted to train correctly, so I bought running books filled with important information: training routines, nutrition guides, stretching techniques, injury prevention, speed work, pace and performance guidelines. Everything I needed to know about the technical aspects of running a marathon, except the most important thing to me-its soul. No book took on the task of describing the feeling, the heart, the core of a marathon. What would it be like? What would I feel out there? Would I hit the mythical wall? Could the last six miles be so difficult? This was the information I craved.

I spoke with friends (and strangers) who had run marathons. They answered my questions with such passion, such fever and excitement for the event that I was mesmerized. I inhaled their stories as they captured every moment of the race: the lows of utter despair and pain, the highs of inner strength. They became my role models. That was the beginning of this book. I am going to let runners speak for themselves-famous runners, unknowns, fast and slow, old and young. Through their experiences, you will feel the pain and the glory of running the marathon. Their lives h 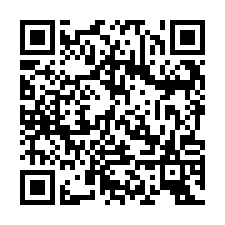