Description
In his novels featuring the blind sculptor Mo Bowdre, Jake Page has staked out contemporary Santa Fe as his exclusive territory, vividly capturing the swirl of art, high style, new money, and ancient mystery that makes this desert oasis so endlessly fascinating. Now, in The Lethal Partner, Bowdre's got his hands full in a city about to explode with ethnic tensions, theft, betrayal, forgery . . . and murder. The discovery of seven previously unknown Georgia O'Keefe paintings sets not only Sante Fe, but the entire international art world, buzzing with excitement. Elijah Potts, successful author, skilled seducer, and shrewd owner of the Southwest Creations gallery, knows that this cache of canvases will be the crowning glory of his career--and the key to the fortune that he has always craved. But before the new O'Keefes can be authenticated, the suave, elegant world of Elijah Potts starts to unravel. First Anita Montague, the manager of Elijah's gallery and his sometime lover, is murdered. Next the paintings disappear. And then Potts finds himself in jail, charged with Anita's murder. Is it a frame-up or is Elijah Potts a player in an elaborate game of forgery, greed, and deception? Mo Bowdre, with problems of his own, wants nothing to do with the police and media circus that descends on Santa Fe. But somehow he just can't keep out of it. And Mo's beautiful Hopi girlfriend Connie has a funny feeling that Potts isn't the man he appears to be. . . . With three unsolved murders hanging over the city--all of them young and attractive Anglo women--Santa Fe has become a tinderbox of multicultural suspicion, hidden dangers, and mounting paranoia. Mo, gifted with an artist's sensitivity and a blind man's sixth sense, thinks he knows who has committed the crimes and why. The question is: Can he act on his knowledge before it's too late?
Also in This Series 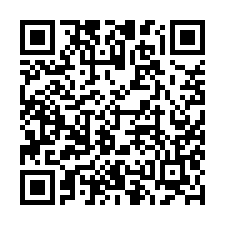