Description
James Cobb's first novel in the Amanda Garrett series, Choosers of the Slain, was acclaimed for its breathtaking sea battles and its achievement as the rare military thriller whose message is gender-blind and leading edge ( Publishers Weekly ). It was hailed as first-rate military suspence ( Kirkus Reviews, starred review) and a page-turner as hot as a Sea SLAM missile with target lock ( Library Journal ) When Taiwan's Nationalist navy charges accross the East China Sea in attack formation, the People's Republic rushes battalions into the defensive lines along the coast and hurriedly prepares its Han nuclear subs for deployment. Commander Amanda Lee Garrett and the hypertech stealth destroyer USS Cunnungham are ordered to lead the dangerous sub hunt. Commander Garrett employs the Cunningham's full arsenal with swift and exacting precision. She corners a Han sub in heart-stopping, slow-speed chase that results in an accident miles below the surface, and in the harrowing finale, steers her five-hundred-foot destroyer up into a narrow, muddy Shanghai estuary in pursuit of a submarine only to find her exit blocked. Sea Strike - like the novels of Tom Clancy and Dale Brown - brims with exciting heat-of-battle action and authentic, state-of-the-art stealth technology. James H. Cobb is clearly a master of the military thriller.
Also in This Series 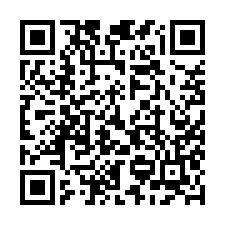