Description
Colonel Caversham, once prominent in the British colonial service, has died and left his large collection of artifacts to the local Calleshire museum. Included in those artifacts is a three-thousand-year-old Egyptain mummy and case, now the responsibility of one Mr. Fixby-Smith, curator of the Greatorex Museum. What should be a simple moving job, however, is complicated by the fact that the local coroner, Mr. Granville Locombe-Stableford, will allow no body-no matter how ancient-to be moved without his consent. Which is how Detective Chief Inspector C. D. Sloan is dragged away from his more pressing concern with the burgeoning local drug problem and sent to the museum to sort out egos and red tape. When the lid of the mummy case is raised, however, what greets the coroner, curator, and inspector is not what they expect. Instead of the remains of the ancient Rodoheptah, they find the body of an unidentified young woman who has been dead only a matter of days … "Drugs, laundered money, extortion, and, of course, murder concern the delightful Inspector C. D. Sloan…in this intricately plotted police procedural…Sloan is the kind of down-to-earth detective who makes you glad you aren't a criminal: gently persistent and full of wry observations, no superman but all the more believable because of that." "Aird transports readers to the small British market town of Berebury in Calleshire, domain of Detective Inspector C. D. Sloan, for another lively adventure in an undervalued series…Supporting characters provide much of the entertainment here; the bumbling Crosby proves endearing, as do, in their disparate ways, semi-thug Wayne Goddard and affected museum curator Marcus Fixby-Smith. For those who like quiet British procedurals, with the emphasis more on wit and sly turns of phrase than on mean streets, Aird's series is sure to please." "Inspiring and entertaining."
Also in This Series 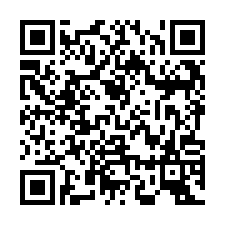