Description
When his temple is defaced, Lieberman battles Chicago's most hateful citizens Over a decades-long career in Chicago homicide, Abe Lieberman has something most cops only dream of: a personal life. He has hobbies, a wife, and a grandchild who is about to celebrate his bar mitzvah. But Lieberman's personal and professional lives collide when his temple is attacked by vandals, and he uncovers a river of hate that runs right through the heart of Chicago's North Side. Too moderate for the hard-liners, too outspoken to win friends among the Arabs, the Conservative Temple Mir Shavot is caught in the middle of the Israeli-Palestinian debate. When a hate group breaks into the temple, scrawling graffiti and stealing a valuable Torah, Lieberman must decide if the guilty party was neo-Nazis, militant Palestinians-even, perhaps, a group of uncompromising Orthodox Jews. Death waits at the intersection of politics and religion, and Abe Lieberman must face it head on.
Also in This Series 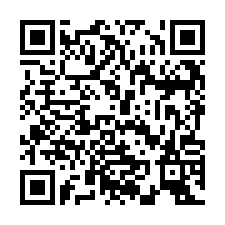