Description
With The Innocents, Bearing Secrets and The Ghosts of Morning, Richard Barre has emerged as "one of the best hard-boiled detective novelists of the '90s" (San Francisco Chronicle Book Review). Now, with Blackheart Highway, he takes the genre for the ride of its life. Southern California P.I. Wil Hardesty is a man whose search for the truth always seems to draw him back into his own troubled past, a past shadowed by loss. Doc Whitney was a country music star whose career had just gone platinum when he was convicted for the brutal slayings of his wife and young daughters. Now twenty years later, their paths collide when Doc is paroled from prison and returns to California's hot, dusty Central Valley...where grudges die hard and the road leads to places best left unexplored. In a town divided over Doc's release, two people with very different agendas recruit Wil. Once wants the elusive Doc gone permanently. The other is convinced he's innocent and wants him cleared. Through a maze of secrets and lies that threaten crash-and-burn with each passing moment, through switchback of twisted loyalties and grim betrayal, Wil must reconstruct a life, discover the real Doc Whitney, track down a killer. And, of course, survive... Praise for Blackheart Highway and the Wil Hardesty novels... "Shamus-winner Barre evokes the ever-present past as a melancholy backdrop against which Hardesty works his lone-wolf magic. An excellent series." —Booklist "Wil Hardesty is a private eye whose destination may just be the pantheon of great ones who followed tough clues before him." —Michael Connelly "Haunting, compelling and beautifully written. Richard Barre touches the soul. He is simply one of the best." —Harlan Coben, author of Live Wire "Barre swings for the fences once more with this sprawling, convoluted blast from the past" —Kirkus Reviews "Explodes into our senses in a perfect balance of action, suspense and emotion. The sheer beauty and strength of Barre's writing gives Blackheart Highway a glow of redemption that's extremely rare in any kind of fiction." —Chicago Tribune "Creating an enigmatic, taciturn character that has enough dimensions to cast a shadow over a novel is no easy task. Barre handles that admirably. Makes you wish the book had been packaged with a soundtrack CD." —Los Angeles Times "Barre's plot is complexly woven...the tensions and layered plot...will keep you reading and guessing." —Santa Barbara News Press "Reading like a country song, Blackheart Highway is a story of tragedy and redemption...an insightful, moving read." —Romantic Times "Hang on tight—Barre keeps the pedal to the metal all the way. This one's a winner. Save yourself a second trip to the bookstore and pick up the other books in the excellent Wil Hardesty series now." —Jan Burke, author of Disturbance "Spare, economical tight writing. This is an outstanding novel without a wasted word. Plots and subplots intertwine with spiraling tension to a very high level. This one is a grabber you'll want to read in a single setting." —The Mystery Zone "Not a wasted word. Blackheart Highway is a stunning accomplishment." —Ed's Internet Book Review
Also in This Series 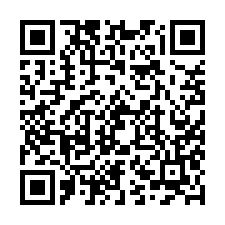