Description
John Dahl directed and co-wrote (along with his brother Rick Dahl) this quirky and energetic film noir that, after a well-received screening at the Toronto Film Festival, was consigned to oblivion before resurfacing on cable television. When the owner of a San Francisco movie theater, who was a big fan of the film, arranged for a theatrical release, the film clicked and toured the country as an art house hit. The film concerns eternal loser Michael (Nicolas Cage), down to his last five dollars and looking for work. He finds himself at a bar in the town of Red Rock. The bartender, Wayne (J.T. Walsh) eyes him suspiciously and asks him, "You must be Lyle, from Dallas." Michael, eager to earn some cash, agrees. It seems Wayne has a job for Michael, but what Michael doesn't realize until too late is that the job is to kill Wayne's wife for $10,000. Michael heads out to Wayne's farm with the cash to warn Wayne's wife, Suzanne (Lara Flynn Boyle). Suzanne responds by offering to double Michael's fee if he will kill her husband instead. Michael takes the money and tries to leave town, but when a thunderstorm comes up, he runs over a man who was trying to flag him down. The sheriff arrives on the scene to attend to matters -- who turns out to be Wayne. Wayne proceeds to drive Michael out of town for an execution, but Michael manages to elude him. Flagging down a driver on the road who is driving back into Red Rock, they return to the bar, where the driver offers to buy Michael a drink. As Michael accepts the offer of a drink, he realizes that he is drinking with the real "Lyle from Dallas" (Dennis Hopper) who is awaiting Wayne's return. ~ Paul Brenner, Rovi
Also in This Series 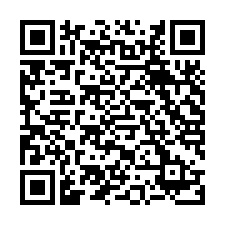