Description
"That Truman Smith was sitting in a frayed lawn chair reading an old paperback copy of Tobacco Road was not remarkable. And strange as it sounds, it wasn't particularly noteworthy that someone wanted Smith to look into the murder of a prairie chicken; after all, he'd investigated and solved the murder of an alligator, hadn't he?" "The Attwater's Prairie Chicken isn't really a chicken, it's a grouse. And there are only about 108 of them in the world. The murdered bird was on Lance Garrison's land, and part of his deal with the government was that the small flock would be protected. Garrison's wealth - and his radio station - made him a likely target for trouble, but this was unexpected." "Also unexpected was the reason the prairie chicken was killed ... and all the deaths that were to follow, and not of other endangered species. Some people in Picketville, Texas, had decided that Truman Smith endangered them and that he had to be stopped. The result was a deadly game of chicken, with Smith everyone's favorite target."--BOOK JACKET.Title Summary field provided by Blackwell North America, Inc. All Rights Reserved
Also in This Series 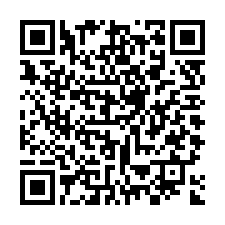