Playing by the rules »

Playing by the rules: All the rules of the game, complete with memorable rulings from golf's rich history

Description
It was a moment seen by millions on television. During play at the 1999 Phoenix Open, Tiger Woods had a "loose impediment? removed to play his shot -- an everyday occurrence under golf's rules. But that impediment was not a leaf or twig, it was a 350-pound boulder that took six people to move! The gallery and television audience buzzed with disbelief. How could this be legal under the rules? Indeed it could, says golf legend Arnold Palmer, who throughout his distinguished career has taken part in a sizable share of rules controversies. Despite the fact that golf has fewer rules than such sports as baseball or football or rugby, it is a contest of honor, and all players, be they tour professionals or casual weekend hackers, respect the rules. But, as Palmer points out, sometimes the rules are a little confusing -- and from time to time, even the pros are puzzled. When exactly is a ball considered "lost?? How is "slow play? defined? And when is a "drop? allowed? Palmer helps makes sense of it all with simple-to-understand language and hundreds of "infamous? pictures of some of the more controversial rulings -- affording readers a visual recall of memorable moments involving Greg Norman, Lee Janzen, Mark O'Meara, John Daly, even Palmer himself. If you're one of the millions who taketo the links every year, need a clear explanation of all the rules of the game you love, and more important, don't want to be speechless when an argument over the "coefficient of restitution? pops up, then Playing By The Rules will be an invaluable guide you'll refer to time and again.
Also in This Series 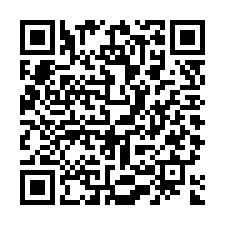