The return of the player »

The return of the player

Description
This follow-up to the classic black comedy about the film industry is "a wicked fever dream of a novel" ( San Francisco Chronicle ). In  The Player,  the Hollywood novel that was adapted into the celebrated movie by Robert Altman, film executive Griffin Mill got away with murder. Now Mill is back, down to his last six million dollars, i.e., broke. His second wife wants to leave him. His first wife still loves him. His children hate him. And, believing that the end of the world is happening, he wants to save them all with one last desperate plan: quit the studio and convince an almost-billionaire that he has the road map and the mettle to make them both achieve savage wealth. In  The Return of the Player , Tolkin again delivers a brilliant, incisive portrait of power, money, and family in a society out of control with greed and excess. "A powerful dark comedy that transcends the shopworn genre of Hollywood satire."&#8212; Publishers Weekly (starred review) "Both truly outrageous and actually endearing."&#8212; New York Daily News
Also in This Series 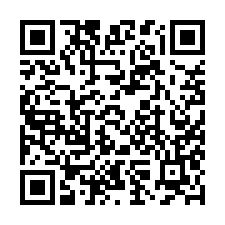