Mediterranean grains and greens: a book of savory, sun-drenched recipes

Description
Paula Wolfert is passionate about the Mediterranean -- its landscape, its people, its culture, and above all, its rich culinary tradition. Her five earlier cookbooks celebrated the sensuous pleasures of the Mediterranean kitchen and introduced a previously uninitiated American audience to an exciting new way of cooking and eating.

In her eagerly awaited Mediterranean Grains and Greens, Wolfert continues that tradition, focusing on the delectable grains and greens-based dishes she discovered as she spent five years traversing the Mediterranean region, from Spain in the west toIsrael, Lebanon, and Syria in the east, with stops in France, Italy, Turkey, and Greece.

Throughout, Wolfert explains the historical and cultural significance of her dishes, sharing traditional preparation techniques as well as her adaptations for the American home kitchen. Ever conscious of the availability of ingredients in this country, she recommends readily available alternatives found in grocery stores and farmer's markets. Whether foraging for wild "apron greens" in the Turkish countryside, "listening" to risotto in Venice to tell if it's ready to eat, making homemade rustic pasta on the island of Crete, baking Sardinian flatbread the old-fashioned way, scrambling eggs with kofte along the Euphrates, or preparing the unusual "black paellas" of Valencia, Paula Wolfert shares her adventures in the engaging first-person stories that accompany each recipe. This comprehensive collection invites Paula Wolfert's loyal fans and followers to rediscover the joys of Mediterranean living, cooking, and eating right along with her. Like her earlier works, the enticing, wide-ranging Mediterranean Grains and Greens is destined to become a kitchen classic, a book that every serious cook, armchair traveler, and lover of good food will want to own. 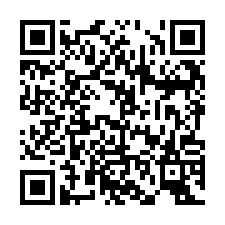