Description
For the readers who put Deja Dead at the top, a gritty, gratifying debut. Just off Bainbridge Island, in early evening, a former top-ranking CIA officer mysteriously drowns. . . . In Key West, a drug-runner is found with a bullet lodged in his skull. . . . And outside of Seattle a young woman arrives in a dimly-lit bar to pick up a computer disk wrapped in a white handkerchief. Moments later, she stumbles upon the body of her contact, dead in the bathroom. To Allie Kerry, the pickup was nomore than a business arrangement - no hassles, no strings - easy money. Suddenly Allie is on the run. Someone is setting her up to take the fall. Someone who knows what's on the disk. Someone who will stop at nothing to conceal the evidence of a horrific crime. Reaching back to uncover a brilliantly concealed operation during the Vietnam War, ducking into drug dens, spiraling through seedy strip joints, and blazing across the country, Jenny Siler weaves a devastating tale of death and deception inher dazzling debut.
Also in This Series 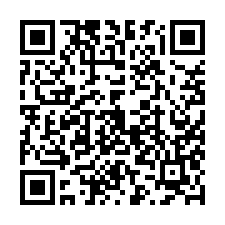