In the devil's garden »

In the devil's garden: A sinful history of forbidden food

Description
Deliciously organized by the Seven Deadly Sins, here is a scintillating history of forbidden foods through the ages—and how these mouth-watering taboos have defined cultures around the world. From the lusciously tempting fruit in the Garden of Eden to the divine foie gras , Stewart Lee Allen engagingly illustrates that when a pleasure as primal as eating is criminalized, there is often an astonishing tale to tell. Among the foods thought to encourage Lust, the love apple (now known as the tomato) was thought to possess demonic spirits until the nineteenth century. The Gluttony “course” invites the reader to an ancient Roman dinner party where nearly every dish served—from poppy-crusted rodents to “Trojan Pork”—was considered a crime against the state. While the vice known as Sloth introduces the sad story of “The Lazy Root” (the potato), whose popularity in Ireland led British moralists to claim that the Great Famine was God’s way of punishing the Irish for eating a food that bred degeneracy and idleness. Filled with incredible food history and the author’s travels to many of these exotic locales, In the Devil’s Garden also features recipes like the matzo-ball stews outlawed by the Spanish Inquisition and the forbidden “chocolate champagnes” of the Aztecs. This is truly a delectable book that will be consumed by food lovers, culinary historians, amateur anthropologists, and armchair travelers alike. Bon appétit!
Also in This Series 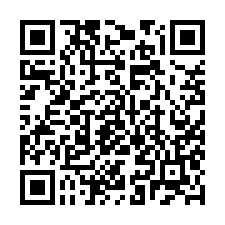