Description
"[AN] INTRIGUING THRILLER . . . A fast-paced, multilayered plot." *SanFranciscoChronicle When Chinese-American entrepreneur Nick Lamp ventures to Taipei to meet with Cao Dai, a shady, influential underground boss, he's hoping for a promise of investment. But dead men don't invest. When Nick finds the murdered man in his apartment, he becomes the prime suspect *and the prey * in a game that threatens to crush more than just his business prospects. . . . "IRRESISTIBLY ENJOYABLE." *St. Louis Post-Dispatch One thing's clear: Nick's been framed and he's the only one who can find out why. From the neon back alleys of seedy Taipei to the desolate mountains of central Taiwan and finally to China, Nick frantically dares to piece together an intricate story woven with sordid secrets, political betrayals, prostitution *and a shattering truth about his own father. . . . "A FIRST-CLASS THRILLER WRITER . . . There are few North American writers of spy, espionage, or adventure novels who can hold a candle to him." *USA Today
Also in This Series 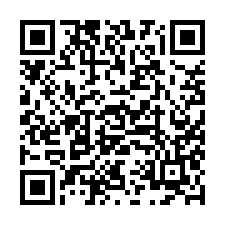