Cottage for sale--must be moved: A woman moves a house to make a home

Description
A true account of one woman's quest to move a vacation cottage across Cape Cod to create a home, and the people, complications, and self-discoveries she encountered along the way. When Kate Whouley saw the classified ad for an abandoned vacation cottage, she began to dream: Transport the cottage through four Cape Cod towns. Attach it to my three-room house. Create more space for my work and life. Smart, single, and self-employed, Kate was used to fending for herself. But she wasn't prepared for half the surprises, complications, and self-discoveries of her house-moving adventure. Supported by friends and family, and egged on by Egypt, her bossy gray cat, Kate encountered a parade of town officials, a small convoy of State Police, and an eccentric band of house-movers, carpenters, and tradesmen. She found herself dancing on the edge of the gender divide-infatuated with trucks, cranes, tools, construction terms, and a dreamy mason who taught her the history of concrete. In one remarkable year, Whouley moved a cottage and created a home.
Also in This Series 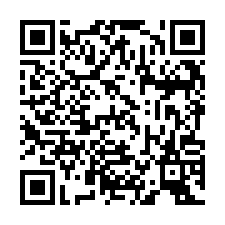