A 2015 Michael L. Printz Honor Book Winner of the 2014 Boston Globe-Horn Book Award for Fiction "Grasshopper Jungle is a rollicking tale that is simultaneously creepy and hilarious. It's propulsive plot would be delightful enough on its own, but Smith's ability to blend teenage drama into a bug invasion is a literary joy to behold... Smith may have intended this novel for young adults, but his technique reminds me of Kurt Vonnegut's in "Slaughterhouse Five," in the best sense."  -- New York Times Book Review   In the small town of Ealing, Iowa, Austin and his best friend, Robby, have accidentally unleashed an unstoppable army. An army of horny, hungry, six-foot-tall praying mantises that only want to do two things. This is the truth. This is history. It's the end of the world. And nobody knows anything about it. You know what I mean. Funny, intense, complex, and brave, Grasshopper Jungle brilliantly weaves together everything from testicle-dissolving genetically modified corn to the struggles of recession-era, small-town America in this groundbreaking coming-of-age stunner from the author of The Alex Crow  and Winger . 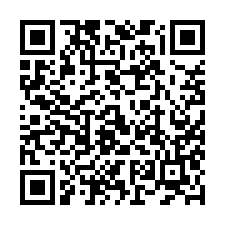