American by blood: a novel

Description
In American by Blood, three U.S. Army scouts leading an infantry column arrive a day late to join Custer at the Little Bighorn. They come upon the ruins of th Seventh Cavalry, a trail of blood and corpses defiled by wild dogs and swarms of flies. It is a scene that will haunt these three young men in vivid and irrevocable ways. With the loss at Little Bighorn, their mission to find and help clear the land of the Indian tribes ineluctably becomes one of vengeance as well. They journey into limitless wilderness after their prey, skirmishing in the dense forests and the high plains. The scouting party consists of James H. Bradley, who discovers that war is as much a test of the heart as it is of his ideals; William Gentle, who finds himself torn between his desire to emulate the older soldiers and his fascination with the Indians they hunt; and August Huebner, who wishes to see an America beyond that which he knows and escape the slums of the newly industrialized East. Gus Huebner was the author's great-great-grandfather, who in 1875 left New Jersey to join the army int he West. Family myth has it that he arrived a day late to the Battle of Little Bighorn. From these scant biographical details, Andrew Huebner has imagined a rich and powerful novel of the American West. American by Blood unforgettably combines epic storytelling and evocations of awe-inspiring natural beauty with a shattering repudiation of some of our nation's most central myths.
Also in This Series 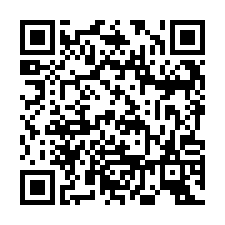