The field of blood »

The field of blood: The battle for aleppo and the remaking of the medieval middle east

Description
"In 1119, the people of the Near East came together in an epic clash of horses, swords, sand, and blood that would decide the fate of the city of the Aleppo-and the eastern Crusader states. Fought between tribal Turkish warriors on steppe ponies, Arab foot soldiers, Armenian bowmen, and European knights, the battlefield was the amphitheatre into which the people of Eurasia poured their full gladiatorial might. Carrying a piece of the true cross before them, the Frankish army advanced, anticipating a victory that would secure their dominance over the entire region. But the famed Frankish cavalry charge failed them, and the well-arranged battlefield dissolved into a melee. Surrounded by enemy forces, the crusaders suffered a colossal defeat. With their advance in Northern Syria stalled, the momentum of the crusader conquest began to evaporate, and would never be recovered"--
"The First Crusade was remarkably successfully for the western European forces. Charging in on their heavy cavalry, Frankish armies swept across the Middle East, capturing major cities and setting up the Crusader States in the Levant: the kingdom of Jerusalem, the principality of Antioch, and the counties of Edessa and Tripoli. It appeared that a sustained western conquest of the region was inevitable. Why, then, did the crusades ultimately fail? To answer this question, historian Nicholas Morton focuses on a period of bitter conflict between the Franks and their Turkish enemies, when both factions were locked in a struggle for supremacy over the city of Aleppo. This conflict came to a head at the Battle of the Field of Blood in 1119. Fought between tribal Turkish warriors on steppe ponies, Arab skirmishers, Armenian bowmen, and European knights, the battlefield was the amphitheatre into which the peoples of Eurasia poured their full gladiatorial might. Ultimately, the Crusader army was all but annihilated by the Turks, and its impact reverberated across the region. Their devastating loss marks a turning point in the history of the crusades- the moment when the Christian advance in Northern Syria stalled and the momentum of crusader conquest began to evaporate. Moreover, this battle sheds new light on the shape of a conflict many consider as a simple Christian v. Muslim struggle. Morton reveals that the battle lines were only rarely drawn along religious lines: most Arab Muslims were caught between two conquering powers, and some actually chose to side with the crusaders against the Turks. In this conflict, the crusaders lost the Levant, the Arabs lost Syria, and the face of the Middle East was forever changed"--
Also in This Series 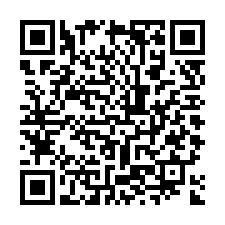