Description
An aging aristocrat on her deathbed and her longtime devoted lover explore the dark events of their shared past in hopes of uncovering a tragic, elusive truth in this masterfully evocative British mystery from CWA Gold Dagger winner Peter Dickinson Lady Lucy Vereker Seddon is dying of a terminal illness when something she hears on the radio reminds her of her younger, darker days and inspires her to question her dearest friend and former lover, Paul Ackerley, about his role in a series of past family tragedies. There was the strange death of Lucy's brother-in-law, the brute Gerry Grantworth, in the Yellow Room of Blatchards-the huge and ugly Vereker estate-and the subsequent destruction by fire of the sprawling manor house. And then there was the infamous Seddon Affair, the sordid scandal that rocked Great Britain in the midst of the Suez Crisis. Surprised to hear that the woman he has always loved suspects him to be the culprit behind these events-especially since he always assumed Lucy herself helped engineer them-Paul suggests that they each record their memories and compare them. By doing so, perhaps they will both find their way to the long-hidden and terrible truth. Told through an alternating series of memories and flashbacks, The Yellow Room Conspiracy brilliantly re-creates a post-war era and a world of privilege corrupted by greed, jealousy, lust, and lies. The astonishing Peter Dickinson, one of Britain's greatest suspense novelists of the late twentieth century, ingeniously wraps a love story around a mystery and once again solidifies his position alongside luminaries such as P. D. James, Ruth Rendell, Peter Lovesey, and Reginald Hill.
Also in This Series 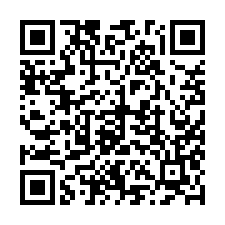