The tiny one: A novel

Description
With clarity, sensitivity, and striking authenticity, Eliza Minot adeptly captures the voice of a vibrant, intelligent child swept into a sea of sorrow and confusion in The Tiny One . Via Mahoney Revere is eight years old when her mother is killed in a car accident. Confused by anguish, bewildered by her mother's absence, and mystified by the notion of death itself, Via retells the day of her mother's death in minute detail, trying to discern the crack in the world through which her mother must have slipped. She takes us through the seemingly ordinary moments of her day, from a cold-cereal breakfast to math class, when she is called to the principal's office to hear the news. Every small event of the tragic day calls up earlier memories from Via's young life, resulting in a beautifully patterned portrait of a comfortable childhood guarded by a warm and loving mother. Via attempts to grasp "how something so big could fit into such a little thing as a day." From the Trade Paperback edition.
Also in This Series 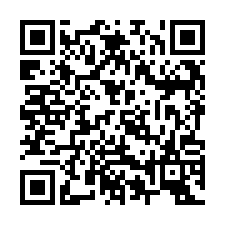