Description
Clevland, Ohio is a city of many faces. Home of one of the country's great symphony orchestras, it is home as well of "the only river in the world that's a fire hazard". It is also the home of a large population of immigrants from Central Europe, elderly now, who have brought with them and kept alive in their children, antagonisms that mirror the tragic conflicts even now tearing their former nations apart. Milan Jacovich, Roberts's likable and very human private eye, is American by birth, Slovene by heritage, and savvy enough to shy away from involvement in the enmity between Serbs and Croats. Until an appealing young woman convinces him to help in the search for her missing Serbian grandfather. Conscientiously, Milan follows the sparse clues in Bogdan Zdale's disappearance: He seeks out the formidable elder who rules Cleveland's Serbian community. He braves belligerant Croats. He investigates a possible connection with the sudden appearance in town of a mob hit man. As he digs deeper, he discovers there is more to the case than the wayward wandering of a forgetful old man. Zdale had a secret - one that goes back half a century with roots in World War II. Stirring up old hatreds results in an explosive - and surprising denoument, a dramatic ending to a story that rings as true as this morning's newspaper.
Also in This Series 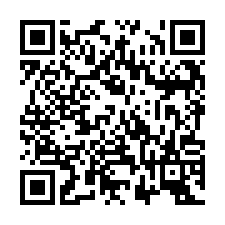