The sun king : a novel

Description
Washington Post columnist David Ignatius is one of the most highly regarded writers in the capital, an influential journalist and acclaimed novelist with a keen eye for the subtleties of power and politics. In The Sun King , Ignatius has written a love story for our time, a spellbinding portrait of the collision of ambition and sexual desire. Sandy Galvin is a billionaire with a rare talent for taking risks and making people happy. Galvin arrives in a Washington suffering under a cloud of righteous misery and proceeds to turn the place upside down. He buys the city's most powerful newspaper, The Washington Sun and Tribune, and wields it like a sword, but in his path stands his old Harvard flame, Candace Ridgway, a beautiful and icy journalist known to her colleagues as the Mistress of Fact. Their fateful encounter, tangled in the mysteries of their past, is narrated by David Cantor, an acid-tongued reporter and Jerry Springer devotee who is drawn inexorably into the Sun King's orbit and is transformed by this unpredictable man. In this wise and poignant novel, love is the final frontier for a generation of baby boomers at midlife--still young enough to reach for their dreams but old enough to glimpse the prospect of loss. The Sun King can light up a room, but can he melt the worldly bonds that constrain the Mistress of Fact? In The Sun King , David Ignatius proves with perceptive wit and haunting power that the phrase "Washington love story" isn't an oxymoron.
Also in This Series 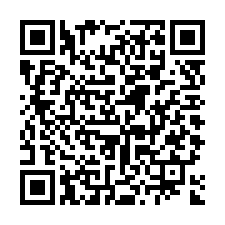