Description
From the author of the "New York Times" Notable Book Easy Money, a riveting suspense novel about a headstrong repo woman in Montana. On Missoula's coldest day of the year, the police pull Clay Bennett's corpse from the weeds. For the cops, his death is an open-and-shut case, the result of a drunken brawl gone out of control. For repo woman Meg Gardner, who'd been looking to snag Bennett's Jeep, his death is an opportunity: without him around to make life difficult, the job should be a breeze. But rumors about a mysterious missing military plane --and about her own father's other family --leave Meg feeling decidedly uneasy about the cops' casual assumptions. Only one year out of prison, romantically involved, and working the first legitimate job she's ever had, Meg has a lot to lose. So when Bennett's Jeep is stolen from outside her house, instinct and experience demand she walk away. Driven by haunting suspicions and ghosts from her past, however, Meg plunges full speed ahead -- and finds herself implicated in a dangerous web of infidelity, greed, and murder. With searing prose and nonstop action, Jenny Siler's second novel confirms her status as a brilliant new suspense writer.
Also in This Series 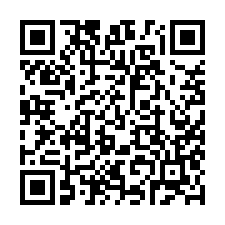