The new Africa: dispatches from a changing continent

"This is reporting on Africa at its best. Press draws on his insights as a long-time journalist based in Africa, but goes beyond what his media colleagues do by integrating into his analysis of trends and events references to the relevant scholarly literature on Africa. The result is a very thoughtful--and hopeful--book."--Goran Hyden, University of Florida; former president of the African Studies Association "Post-cold war conflicts in Africa have received scant coverage and were often presented as current incomprehensible manifestations of traditional tribal hatreds. Not in this study by journalist and Africa scholar Robert Press, which admirably blends the author's personal insights as a reporter, an acute sense of history, and a pioneering human rights approach. Mr. Press sees the hope beyond the wreckage of such devastating conflicts as the ones that almost tore Somalia and Rwanda apart in the early nineties: it lies, he tells us, in the collective struggle of ordinary Africans for human rights and dignity. This book will carry a valuable message to the world: about the importance of human rights in Africa and for Africa's future."--Suliman Baldo, Human Rights Watch /Africa

"It is a now a truism that the distinguishing characteristic of good photojournalism is that the photographer must truly care about her subjects, not as subjects but as people. Betty Press's love and respect for Africans and their astonishing diversity animate her photography, bringing the struggle, achievements and sorrows of individuals and nations home to the rest of us who did not accompany her."--Ellen Tolmie, UNICEF Photography Editor, New York

In The New Africa, former Christian Science Monitor correspondent Robert Press tells his first-hand story of triumph and tragedy in contemporary sub-Saharan Africa. Featuring 90 photographs by Betty Press, whose work has appeared in the Christian Science Monitor, New York Times, Time, and Newsweek , the book offers a compelling account of the continent's emerging movements toward democracy. Drawing on hundreds of interviews, Press also explores the causes of the extraordinary human tragedies of civil war in Somalia and genocide in Rwanda and offers explanations for the West's failure to curb them. While providing broad, in-depth coverage of sweeping social and cultural upheaval, The New Africa also introduces readers to some of the many individual Africans struggling for greater personal freedom. We meet the "Mercedes Benz" women of West Africa who made small fortunes in the wholesale cloth business; Peter, once a homeless Kenyan, who took up tailoring lessons until he was stricken with the AIDS virus; and Nike Davis, a Nigerian artist who escaped a polygamous marriage and abuse to establish a tuition-free art school. Both general readers and students of African politics will finish The New Africa better informed about the intricate diplomatic and political problems surrounding the struggle for human rights in Africa today, while bearing witness to vivid and moving portraits of individual Africans who, often in the face of danger, stand for greater freedom.

After serving as foreign correspondent in Africa for the Christian Science Monitor from 1987 to 1995, Robert M. Press has been a visiting scholar and adjunct professor of journalism at Stetson University, DeLand, Florida, and a visiting professor at Principia College, Elsah, Illinois.

Betty Press worked in Africa as a photojournalist from 1987 to 1995; her photographs have appeared in numerous national media. She is currently an adjunct professor of photography at Stetson University. They live in DeLand, Florida. 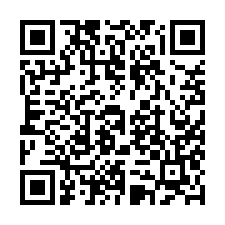