Description
In his latest outing in the world of "crime where you least expect it," Jon Katz's acclaimed Suburban Detective uncovers a murderous clique of doctors who prey on those whose lives they are entrusted to preserve. Kit DeLeeuw has just about come to terms with his not-quite-acceptable status in the town of Rochambeau, New Jersey, when he is faced with contempt at home: his newly adolescent daughter suddenly decides he's just another uncool moron, like all the other adults in her life.  And right when his domestic situation has reached unprecedented levels of turmoil, he is shattered by the news that his friend and mentor, Benchley Carrolton, has suffered a stroke. By the time Kit tries to see him, Benchley has been transferred to Elston Manor, the crown jewel in a chain of nursing homes run by a powerful local senator.  Elston Manor prides itself on providing comfort, good food, excellent care, and airtight security--security so tight it makes Kit suspicious.  Why won't the armed guards let him in? What makes Big Nurse so hostile? And what's the true story behind two recent "accidental" drug overdoses? Kit finally manages to bust Benchley out, but only to see him die at home, with suspiciously high blood levels of the same offending drug. Drawn reluctantly into the world of nursing homes and assisted care facilities--"death rows" where, all too often, people send their loved ones to die--Kit suddenly finds himself facing threats from political heavies and the local police chief as he races to solve a case that has him crawling commando-style through gardens, "borrowing" his neighbor's car, and dodging bullets before he can uncover the terrible crimes being committed in the name of compassion.
Also in This Series 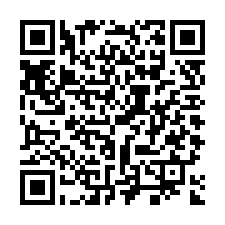