Description
Political and environmental disasters come crashing down in this earthquake sci-fi thriller co-written by the authors of 2001: A Space Odyssey and Memories . When he was seven years old, Lewis Crane survived the Los Angeles earthquake of 1994—but his parents did not. Haunted by the tragedy, Crane has dedicated his life to protecting humanity from similar disasters. Now he is a Nobel Prize–winning earthquake scientist who perfected equipment sensitive enough to predict an earthquake strike down to the minute. And he wants to go further. Crane has formed an organization to explore the idea of stopping earthquakes entirely by fusing the Earth's tectonic plates together. But what effect will this have on the earth? And as political unrest causes tremors of another kind, can Crane's audacious plan stop another major earthquake due to hit the United States? Co-written by Hugo and Nebula Award–winning author Arthur C. Clarke and Philip K. Dick Award–winning author Mike McQuay, the "two formidable SF talents converge splendidly in this disaster thriller, which offers sleek action-adventure writing, world-class tumult and a coherent near-future based on sound yet innovative social and scientific speculation" ( Publishers Weekly ).
Also in This Series 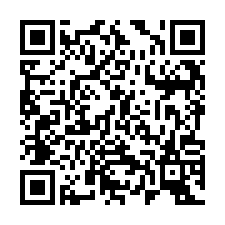