Description
Who was the man  who became the legend we know as King Arthur? Pendragon's Banner is the second book in Helen Hollick's exciting King Arthur trilogy, covering 459-465 A.D. This is not a fairy tale or fantasy. There is no Merlin, no sword in the stone, and no Lancelot. This is the most accurate Arthurian legend ever written, based on historical evidence and meticulous research. At age twenty-four, King Arthur has the kingdom he fought so hard for and a new young family. But keeping the throne of Britainand keeping his wife and three sons safeproves far from easy. Two enemies in particular threaten everything that is dear to him: Winifred, Arthur's vindictive first wife, and Morgause, priestess of the Mother and malevolent Queen of the North. Both have royal ambitions of their own. In this story of harsh battles, secret treasonous plots, and the life-threatening politics of early Britain's dark ages, author Helen Hollick boldly reintroduces King Arthur as you've never seen him before.
Also in This Series 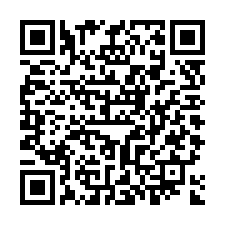