Description
The murder of a tourist a decade ago has left open wounds. When an outsider begins to question the past, that changes everything.    The fourth Inspector Minogue mystery opens on a drizzly October in Dublin: Minogue is daydreaming of Greece’s blue skies. His plans for a trip there are suddenly dashed: Hoey, his partner in the Garda Murder Squad, has tried to kill himself. To compound Minogue’s problems, family duty calls. His nephew has been arrested for suspected IRA gun running.   At the Minogue family farm in west of Ireland he meets a colourful lawyer, and is coaxed into unofficial digging into an old murder case.   Along with the groggy Hoey, he is soon enmeshed in the case of that murder victim, Jane Clark, and her lover, Jamesy Bourke, the half-crazed poet and local eccentric who was convicted of her murder. After years of electroshock, Bourke’s memory is returning. What he remembers is causing more than just unease.  Just as the past is another country and Hallowe’en opens the world to chaos, Minogue enters a hidden Ireland. Part shaman, part cop, part innocent abroad, he picks his way through an ancient countryside still haunted by forgotten peoples, into a dark past that mocks his efforts to make the past reveal its secrets.    'Nothing gets in the way of pace, narrative thrust or intricate story-telling.’ - Irish Times    'A first-rate story with marvellous characters...   Another masterful tale from a superior author.’ - Globe & Mail (Canada)
Also in This Series 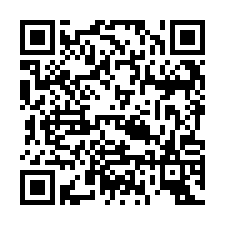