Private investigator Milan Jacovich (MY-lan YOCK-ovich), a Slovenian-American, is familiar with the wide variety of ethnic groups that make up the city of Cleveland -- especially those in his old neighborhood. When an elderly Serbian goes missing and his granddaughter suspects foul play, Milan takes up the search.

In the meantime, Milan's good friend, Plain Dealer reporter Ed Stahl, has written a column critical of the gangster element on Cleveland's Murray Hill, and is now being threatened and harassed, which brings Milan into direct conflict with a millionaire garbage hauler and an out-of-town muscle punk named Nello Trinetti.

The Serbs and the Slovenians traditionally don't get along too well, but Milan makes inroads into Cleveland's Serbian community after a shocking murder, eventually coming face-to-face with its unofficial mayor, Lazo Samarzic, an angry and militant man who runs a produce stand in the historic old West Side Market.

Hatreds that have simmered for fifty years eventually explode as Milan Jacovich takes on one of his most challenging cases. 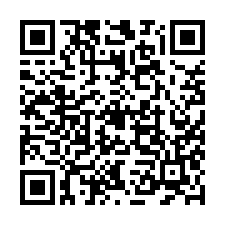