The making of the Masters »

The making of the Masters: clifford roberts, augusta national, and golf's most prestigious tournament

Description
"If you asked golfers what tournament they would rather win over all the others," golfing great Sam Snead once said, "I think every one of them to a man would say the Masters." Played on the magnificent course designed by Bob Jones and Alister MacKenzie for the Augusta National Golf Club, the Masters has become the dividing line between winter and spring for even the casual golf fan -- and the hallmark of greatness for the pros who walk its fairways.

Unlike the three other major tournaments that define the golf season, the Masters is not run by a national governing body, either of the game or of its professionals. It is run by a private club, which sets the requirements for qualification. The prize is not a championship title but the club's green blazer. So how is it that this private gathering has become the most glamorous, most watched, and most imitated golf tournament in the world?

The usual answers to this question are: the prestige brought to the tournament from its beginnings by the presence of Bobby Jones, still listed on the Club's masthead as President in Perpetuity nearly three decades after his death; the beauty o 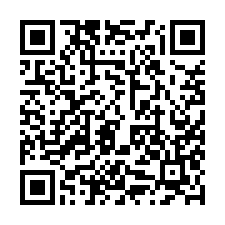