Prince of the city »

Prince of the city: the true story of a cop who knew too much

Description
In the early 1970's, the Federal Government undertook to investigate corruption penetrating the entire criminal justice system in New York, particularly the Special Investigating Unit (SIU) of the narcotics division of the New York Police Department. Young and enthusiastic detective Robert Leuci was chosen by federal prosecutors Rudolph Guliani, Maurice Nadjari, and Tom Puccio to probe this world of corruption as an undercover agent. Leuci had enjoyed a swift rise from patrolman to the rank of detective. He knew Frank Serpico and while he was sympathetic with Serpico he felt the corruption filtered down. The police were at the bottom of this food chain. This is the true story. Leuci helped put together corruption cases against lawyers, bail bondsmen, mob figures and some of his own. Leuci seemed perfectly suited to his special job. His cover was deep with only the Police Commissioner aware of his dual role.As team leader within the SIU, Leuci had access to all of the players in criminal justice from judges down. He walked a tightrope that made his life a nightmare. His life was in jeopardy from both sides.
Also in This Series 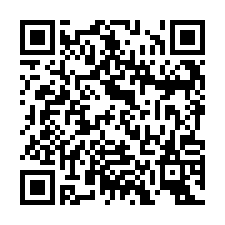