Description
Albert LaRosa has spent his whole life just trying to get from yesterday to tomorrow. Born, raised, and now the sheriff of a small New Jersey island town, he was forced back to his hometown of Harbor Light after his shot at the big time as a cop in Philadelphia was destroyed by the events of one dark night. Twenty-five years and one marriage later, it looks as if life might finally give him a break. Albert is offered a job as chief of security at a new casino at a salary he has only dreamed of. Not that his dreams were ever very grand. Of course, not everyone in town is equally happy. Albert can live with the death threats. And the bombings. Even a dead body provides some professional excitement. He can take his father's tirades about selling out and he can cope with his girlfriend, Rickie, losing her business--at least he's always been a good friend to her son, Jack. What bothers him is that he might have to arrest one of them for murder. Lopez throws his irresistible characters into the whirlwind that threatens to destroy the increasingly fragile world of Harbor Light, and makes us care both for them and for what they tell us about getting from one day to the next. As Albert realizes, you can get to your future only by way of your past.
Also in This Series 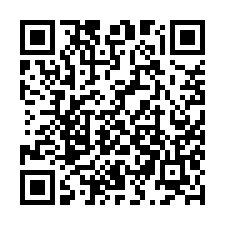