Description
Having drifted through thirty-three years of life, Ruby Murphy has put down roots in a rootless place: Coney Island. A recovering alcoholic who is fanatical in her love for animals and her misanthropic friends, Ruby lives above a furniture store and works at the musty Coney Island Museum. One day, Ruby is on the subway heading into Manhattan when the train stalls between stations. An elegant blond woman with a scarred face strikes up a conversation, and a misunderstanding between the two women leads to an offer Ruby decides she can't refuse. The woman needs her boyfriend followed, and she thinks Ruby is the woman to do it—and do it right. Ruby's life has been flat and painful lately. The Coney Island Museum isn't doing much business, Ruby's live-in boyfriend has moved out, and her best friend Oliver is battling cancer. Ruby agrees to follow the woman's boyfriend, Frank, a man who works at Belmont Racetrack and seems to hang out in odd places with bad company. Ruby soon finds herself pushed headfirst into horse racing's seamy underbelly. This is a dangerous world where nothing is as it appears, and people and horses seem to have limited life spans. When Ruby finds herself staring down the barrel of a loaded gun, she begins to have second thoughts. Only now it's far too late.
Also in This Series 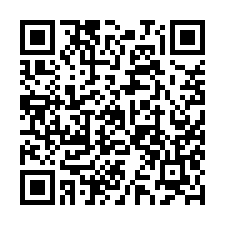