A sexy, riveting psychological thriller about a young man with an unknowable past who lands in a small town, seduces a man's wife and steals his beloved dog.

Nat Banyon is young, handsome and slightly rough around the edges. Just outside of a town called Deepwater, he runs across a minor car crash. A fiftyish man named Finch has hit a red fox and has veered off the road. Banyon offers to help and gives Finch a ride home. On the way they get to talking and Finch, already more than a little perceptive about the straits Banyon might be in, offers him a job fixing things up around his motel. Banyon accepts and later that day he meets Iris, Finch's young wife. Banyon and Iris make eye contact and in no time flat, they begin a steamy affair. In the meantime, Banyon and Finch's relationship develops into a sort of father and son relationship on the one hand, and a deeply threatening one on the other. Banyon, an orphan, begins to have nightmarish fantasies that Finch may be his real father. As Banyon becomes more and more involved with Finch's life and the Deepwater locals, he finds himself understanding less about Finch. Is he the town father or town thug? Is he a benevolent man who wants to take care of Iris and Banyon, or is he setting them up for a fall? For fear that Finch will kill them, Iris wants Banyon to kill her husband. Then they can steal his stash and escape Deepwater together. Is Banyon capable of murder? What we think we know about Nat Banyon gets thrown into question as Banyon's character becomes more and more fractured and it becomes less and less certain who in Deepwater is truly dangerous. In the meantime, there's that damn dog to worry about.

Deepwater has all one wants from a thriller: sex, violence and a dog. Matt Jones has created a caste of wonderfully complex characters and enough twists and turns to keep you flipping the pages until the very last one. 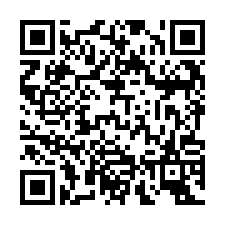