The majic bus: an American odyssey

Description
Professor Douglas Brinkley arranged to teach a six-week experimental class aboard a fully equipped sleeper bus. The class would visit thirty states and ten national parks. They would read twelve books by great American writers. They would see Bob Dylan in Seattle, gamble at a Vegas casino, dance to Bourbon Street jazz in New Orleans, pay homage to Elvis Presley's Graceland and William Faulkner's Rowan Oak, ride the whitewater rapids on the Rio Grande, and experience a California earthquake.Their journey took them to Thomas Jefferson's Monticello, Abraham Lincoln's Springfield, Harry Truman's Independence, and Theodore Roosevelt's North Dakota badlands. And it gave them the unforgettable experience of meeting some of their cultural heroes, including William S. Burroughs and Ken Kesey, who took the gang for a spin in his own psychedelic bus. Driven by Doug Brinkley's energetic prose, The Majic Bus is a spirited travelogue of a unique experience.
Also in This Series 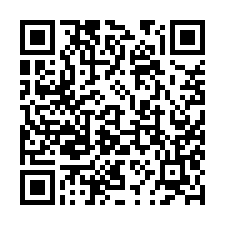